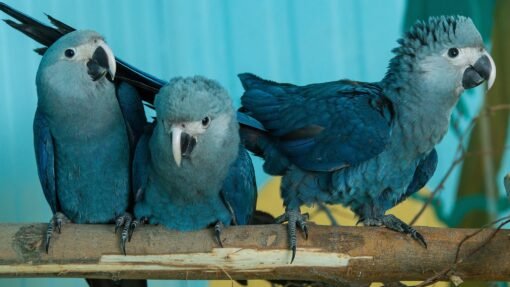 Based on the limited data that is available on this species, They can live between 20 to 40 years, the average being 28 – 29. It is estimated that captive birds can live about 10 years longer than wild specimen. The oldest recorded Spix’s Macaw hatched in 1976 and in 2010 – at the ripe age of 35 years – he produced two chicks. (Hatched at the Al Wabra Wildlife Preservation [AWWP] in Doha, Qatar).